Software projects I have developed.

The Sequencer is a software developed for the operators of the CERN Control Centre, which controls the whole system of particle accelerators. It is a 3-tier software developed in Java 6, with several GUIs, a J2EE server, and different execution agents (front-end computers). The Sequencer operates similarly to a debugger. It has the purpose of running the long sequences of steps which are required in order to produce and accelerate the particle beams and to deliver them to the physics experiments.
The core component executes the sequence and communicates bi-directionally to the GUIs through JMS via an ActiveMQ broker. The operator can use the GUI to run/pause/resume the sequence, set breakpoints, skip lines, or simply observe a sequence that is running on another GUI.
A set of plugins allows the Sequencer to be used with different accelerators such as the Large Hadron Collider and the Super Proton Synchrotron. Depending on the facility, the sequences are written in Pnuts language or retrieved from a database.

As the designer and lead developer of the GUI, I gathered project requirements, created project specifications following the features requested by the Sequencer operators, and ensured that the Sequencer GUI was continuously integrated with the core component. I also redacted the operator manual and Javadocs, and ensured it was always up-to-date.
The GUI is entirely written in Swing (with the exception of some small SwingX widget) and is composed of about 16,000 lines of code. 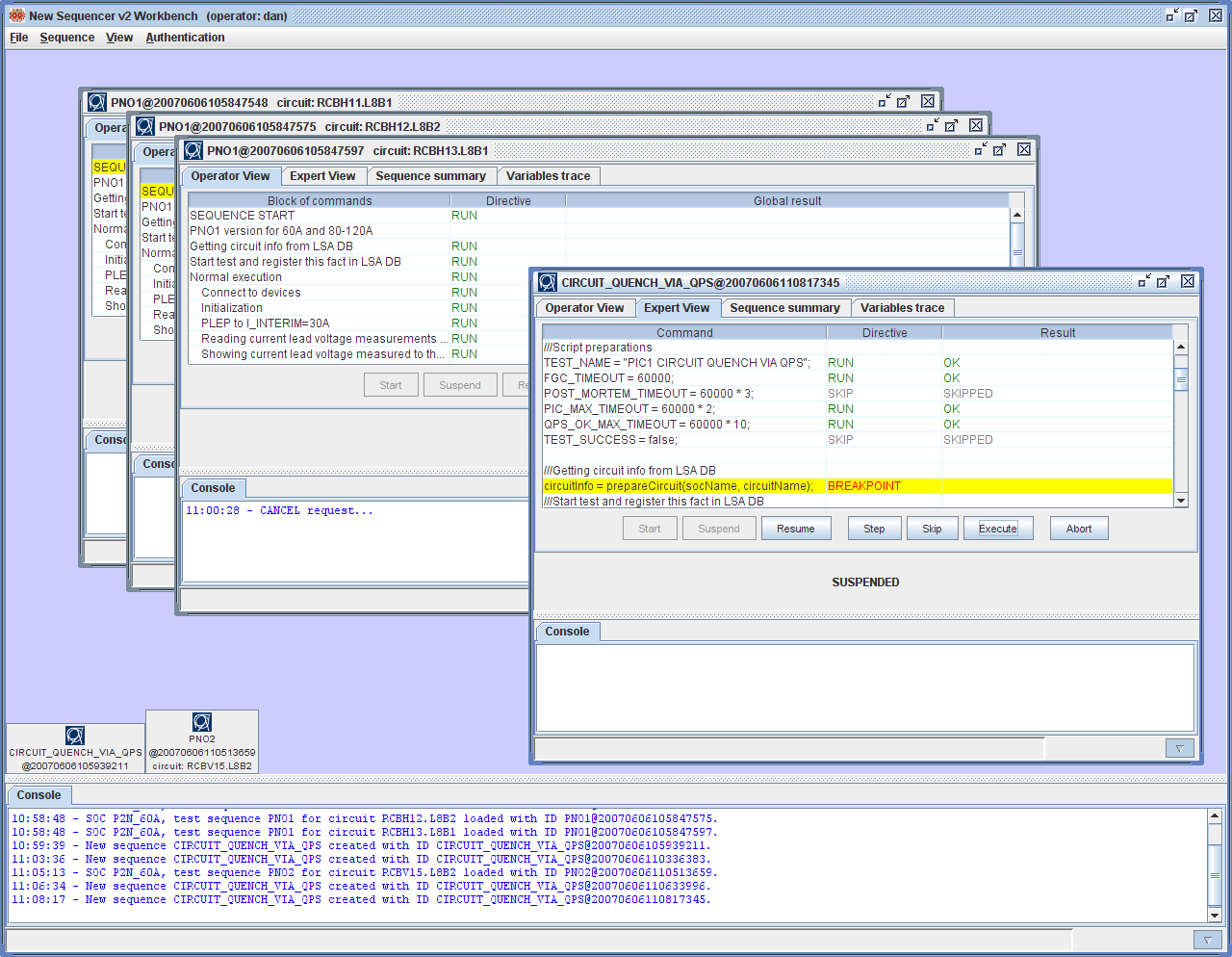 I developed this software for the CERN Accelerators and Beams Controls group; CERN later released it as Open Source under BSD license. 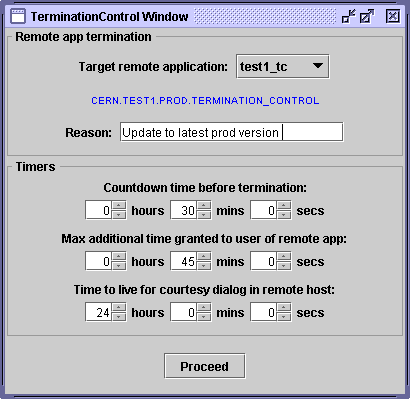 This is a suite of control and audit programs that I independently conceived, designed, and developed as a technical student at CERN in the framework of the CHORUS (WA95) experiment. Implemented in Java/Swing on the basis of a pre-existent Monitor application, this suite is highly configurable and provides an easy-to-use, user-friendly graphical interface. It proved to be very reliable, and has been used until the end of the experiment. I also wrote a full documentation for users, administrators, and developers.

The CHORUS experiment was designed to search for neutrino oscillations in the muon-neutrino to tau-neutrino channel. The experiment is a combination of high precision tracking detectors, calorimetry and a large emulsion target. The analysis of the events in the nuclear emulsion requires high speed readout of CCD cameras, high precision mechanics and state-of-art optical systems. Three automatic microscopes are operated concurrently, and the data acquisition and process control are performed for each of these microscopes on separate PCs, with the help of two commercial DSPs. The results of the measurements are stored in an object-oriented database over a network. The measurements are performed fully automatically and 24 hours per day.
This suite of control programs are run on a fourth PC and permits effective remote control of the lab. It is composed of three standalone programs: the Control Panel, the Alarm Checker and the Dispatcher Console. Through a messaging system on the network, communications are exchanged between the production PCs and the control PC.

For each microscope, an instance of the Control Panel (the control program, which contains a graphical user interface and a message handler) is started. This application allows the human operator to interact with the measurement process through a finite state machine. The setup conditions and measurement dependencies are preset and stored in configuration files. The graphical interface then builds a large part of the widgets dynamically at runtime by parsing the configuration files.

Another application, the Alarm Checker module, controls the messages issued by the production PCs and checks if the operator must be alerted. An alarm-configuration file determines if the alert is just visual for operators locally available, or whether a message must be sent to a remote operator via email or SMS message over the GSM system. Alarms are also stored for future reference.

A third module, the Dispatcher Console, acts as a message sniffer and allows the user to filter and monitor the messages exchanged between the different components. 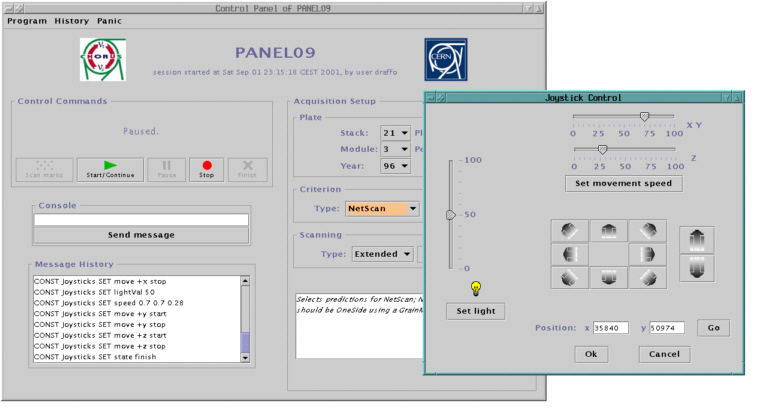 This program was written during a traineeship in the Cryptography Team of the Computer Science Lab of the Ecole Polytechnique.

Here is a collection of my smaller projects, university assignments, programming exercices, experiments, and other various stuff. Whenever possible, I made them freely available in the hope they can be useful again to someone else. Please note that most of these projects are quite old, are not maintained anymore, and are released "as is" without any kind of support.

A plugin for the Nagios monitoring system, written in PowerShell. It allows a Nagios user to perform an advanced search on a logfile.

A PowerShell script to easily import users into the Rosetta Stone e-learning service.

A Java 1.5 widget that allows the user to create a list by selecting elements from another list. Can be used as a JPanel or a standalone Dialog. 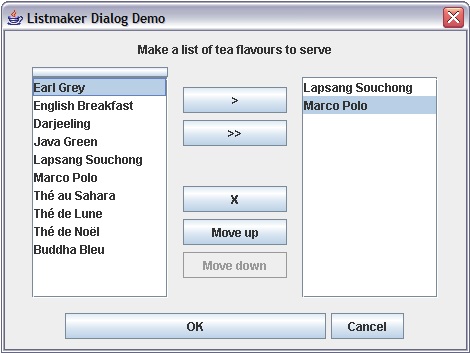 A dynamic navigator for Java classes. It retrieves information about the objects in the JVM from the bytecode. This is done by using the reflection API.
Written in Java 1.2.2 with GUI Swing. 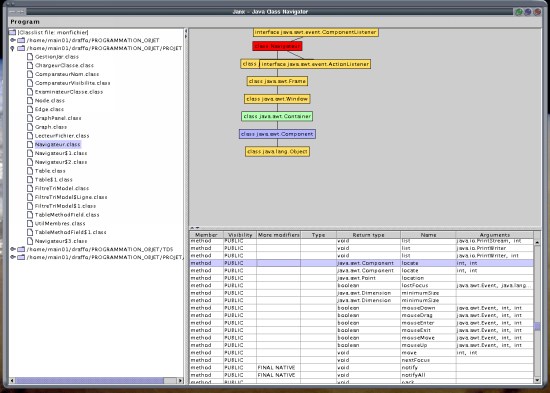 A tiny chat client made of about 100 lines of Java code. I wrote it as an exercice of multicast communication in Java: the clients connect to a class D network address and send/receive chat messages via UDP datagrams. 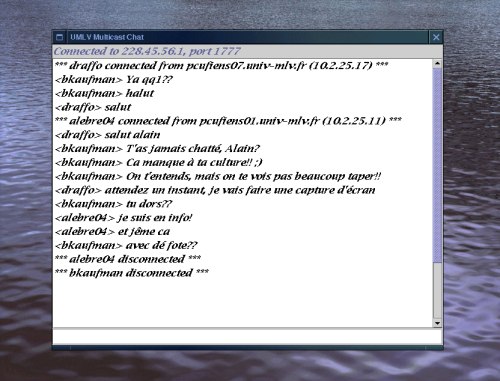 A collection of small Python programs and exercices, just for fun.

This C-OpenGL program takes as input a PPM greylevel image and creates a 3D landscape using the image as map; the greater the RGB value of a pixel, the higher the height on that point. The program then allows the user to navigate the landscape like in a flight simulator. 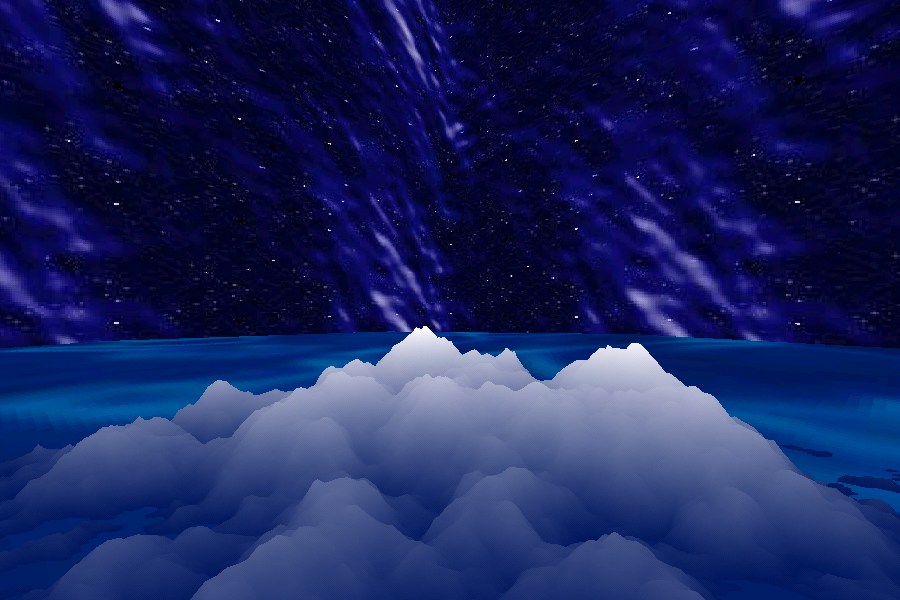 This C program builds an automaton to retrieve the whole set of subwords of a given word, or all the subwords separating two given words. It is also capable to test the equivalence between two given complete finite deterministic automata.

This C program operates geometric transformations of wireframe solids in parallel or perspective projection, and outputs the result in the form of a 512x512-pixel PPM file. 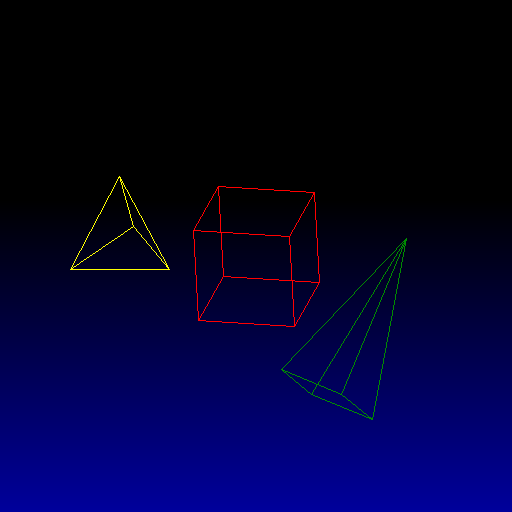 C source code for HMAC and MD5 as excerpted from RFC 1321 and RFC 2104, with a few changes: fixed typos, replaced some deprecated function, and added a function to test the keyed hash.

sphinx stands for Simple Picture Html INdeXer. It's a Bash shell script that I wrote several years ago to allow me to create/update a Web picture album directly from command line, easily and with minimal hassle. I developed it because at that time I couldn't find any software that did what I wanted.
All you need to do to use it is upload the pictures on your server and write their captions in an ASCII text file, then run the script. sphinx will take care of creating (or updating) the whole album, by generating thumbnails (via a call to ImageMagick), all picture pages, and the index pages.

A small program that encodes ("mungs") an email address so that it becomes invisible to web spambots. According to an empiric test I've been carrying out, a munged address receives 95% less spam than a non-munged one.
Implemented in Java, JavaScript, Perl, and Python.


The Library of Babel

This small and quite useless PHP script allows you to read a random page of a random book of Jorge Luis Borges' immense Library of Babel.

A multimedia CD-ROM, in French and Italian, that teaches the basic rules of chess. Created with Asymetrix's Multimedia ToolBook.
Multimedia ToolBook is copyrighted software and is fully integrated with this project, which therefore cannot be made public. 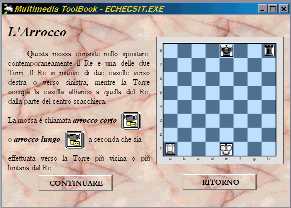